One of the pieces on my gallery page is my Emigrant book.
I had never made anything like this before, but in 2012, something happened as a result of the economic downturn.
Our daughter, her husband and our two grandchildren, “emigrated” to Australia, or in other words, had to leave to find work.
I’ve been fortunate. I’m the recipient of a good free education, I’ve had a professional career, I never had to face leaving Scotland from necessity. But I never thought my own children would need to either, as professionals. A scientist and an engineer, lost to Scotland.
That was shocking and I would ask anyone to think about it for a bit.

I reckon there are many households in Scotland who are living with the same kind of absence.
It got me thinking about Scotland’s history of emigration and separation. It’s an old story, but one that is constantly repeating itself. 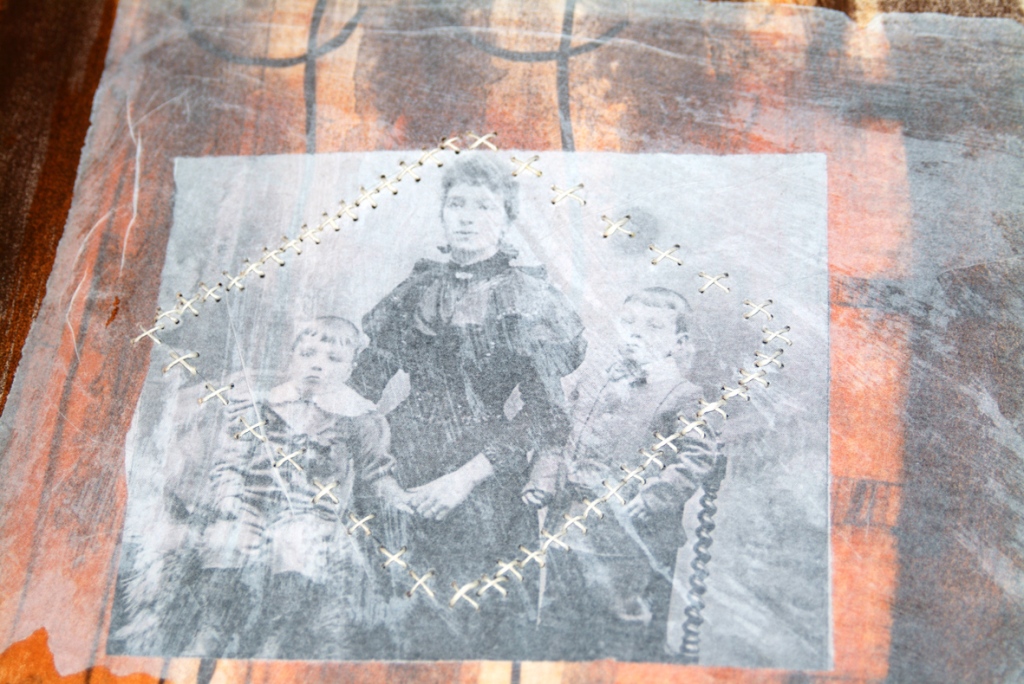 On both sides of my family, people left for America and Australia, starting in the late 1880s. A few came back, but many never did. There were no good prospects to come home to. In the early years of the 20thC, more left home and in the mid fifties, still more. And here we are in the 21stC.
I am lucky, I can text, phone, Skype my family, everything but touch them.

How could those left behind in the 1800s and well into the 1900s, bear the separation? Six weeks at least on the boat out to Australia and then as many again for the first letters to come home with news. Nor was there any likelihood of the young sons and daughters being able to make a visit home. All the rites of passage, marriages, children, deaths, happening thousands of miles apart. It must have been a sore, cheerless existence for the old folk left behind. 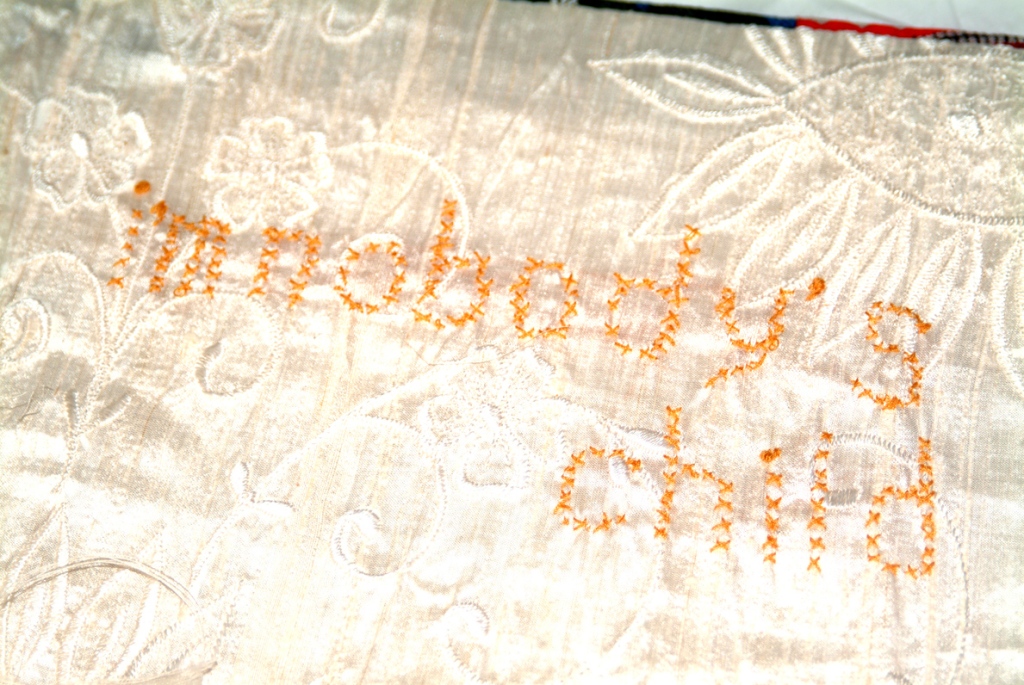 I started my book with the words ‘nobody’s child’. I think it applies to all newly arrived immigrants. Arriving in an alien environment, cut off from your culture and family support, is a bit like being an orphan. No history, no back story in the new place, just your own small nucleus, trying to find its way. Everything around you is different.
None of my immediate family had language barriers, nor were they refugees fleeing war zones and persecution. They just didn’t have a good future here for their children.
Maybe Scotland understands very well what it is to be an outsider. All the signals of uncertainty, confusion and isolation resonate somehow across cultural boundaries.
Scotland can’t feel like home yet to newly arrived refugees but kinship is wider than race, religion or language and it costs us nothing to offer it.
In the current climate of restrictions, bans and deportations, remember the folk that sailed from the Broomielaw, or who now fly from Glasgow and Edinburgh.
Don’t allow inward looking isolationism any houseroom.
Scotland is bigger than this in heart and mind and it’s a precious thing – in the real sense of that word.

But in the meantime, if we want our children and grandchildren to grow and flourish in Scotland and if we want to see our country able to support them and future generations, then change is necessary.

The first step is to recognise that no change means no change and that in 50 or 100 years time, someone else will still be lamenting the lack of opportunity that has gifted other countries the benefit of our young people.
It’s in all our interests to have confidence in our ability to govern ourselves and to make decisions for ourselves. So what should we do about it?

We need to be able to grow our economy and improve all our people’s life chances here, to give everyone the right to a normal life, so that starting a new life in another country is a choice, not a necessity.
Better opportunities and better employment prospects will only come when we have control of our own resources and manage them for the benefit of Scotland and her people.

For the last 160 years the United Kingdom has served my family ill. The stark choice was to stay disadvantaged and disempowered or to make the decision to leave.

Brexit is the single greatest threat to Scotland’s prosperity since the Great depression years.
The case for an independent Scotland is to allow Scots to make all the decisions that affect our lives and to make them well. We have been diminished by neglect, by rule from afar, and by the absolute contempt of the ‘ruling class’ for ordinary people and their hopes.

Adventures and experiences abroad should be a matter of choice, a rich aspect of our own personalities as confident, worldly Scots. They shouldn’t be the last best hope, where there is none to be had at home.

Emigrant is a book about loss. Let’s make sure it becomes history, and let’s plan instead for a better future, that builds on our aspirations and supports us to realise them.